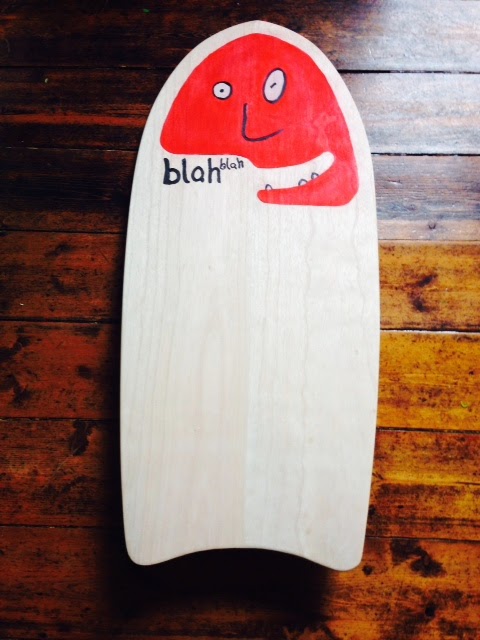 I recently received an email from Dallas at Point Lonsdale, which is a small seaside village on the coast of Victoria near Geelong. Go the Cats. Dallas is a self confessed Alaia hound and after he found some Western Red Cedar planks under his house he felt an unrelenting urge to pick up the tools and build one for himself. One thing led to another and before he could say "Saddle me sideways and call me Trigger", he had managed to build himself an entire quiver including a Paipo, an Itago and some hand planes. Here's his story.


My 7 year old son and I knocked up a paipo in the backyard in a day and waited patiently for three days while it was oiled. This board was made from the cedar stored under the house. Little did I know how good this thing would go! We live in a small coast village in Victoria, Point Lonsdale, and in the dying days of summer we took our creation to the beach for the first time. The consensus on the beach to those we knew and some we didn’t was that the board looked great and you could hang it on the wall. My son took off on his first wave and zipped along the small rollers, easily out-running his mate on a boogie board. It was awesome. By days end I reckon twenty kids had had a go on that board and half of their mothers & fathers too. Hours of fun!


Since then we've made several paipo, handplane, itago and alaia boards out of both western red cedar and paulownia. The one we made for my 5 year old daughter is simply known as the "blah blah" board from the design painted on it. The art work is just as important to the kids as the board. As much as I enjoy surfing all of these boards, the alaia is something else as it takes me back to the feeling of excitement when I first stood up on a board. At this point in time I am more proficient at making alaias than riding them. I have had a new lease on my surfing life much to my partner’s dismay as she wishes more things were done around the house other than board making!

There is also another dimension you cannot underestimate with these boards. They are "social". People want to talk to you when you have them. Since using our boards regularly at our front beach, many elderly people have come up to us and recounted stories with great pleasure of how they had wooden boards, apple crates or made boards after the war themselves to use at the front beach. We have found the local beach to have quite a tradition of wood board use. There is a mention from the surfresearch.com.au site of Point Lonsdale and a Grace Wootton being the first person to surf in Victoria on this very beach with a board brought back from Hawaii around 1915. We have also come across two wooden boards, possibly cedar, in the local maritime museum dating back to the same period. 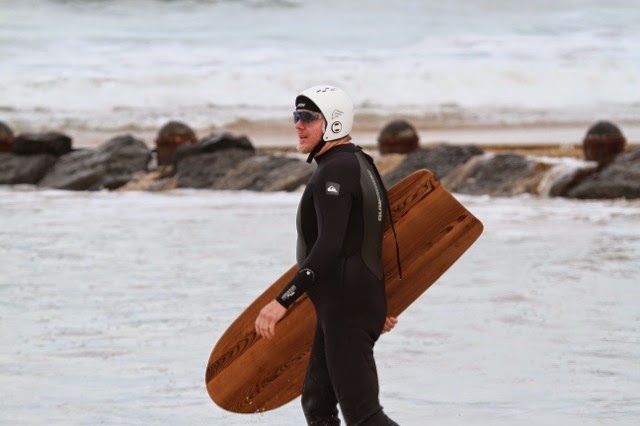 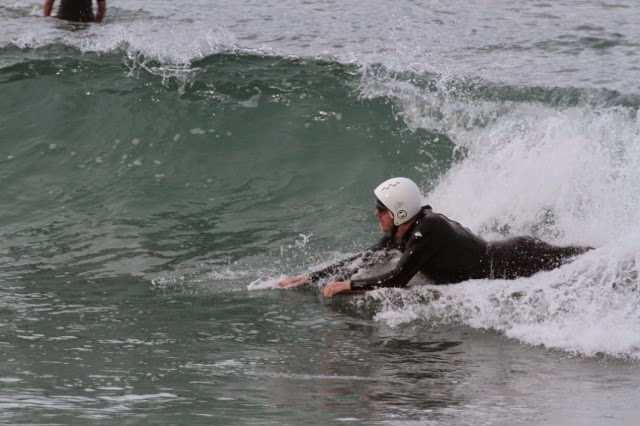 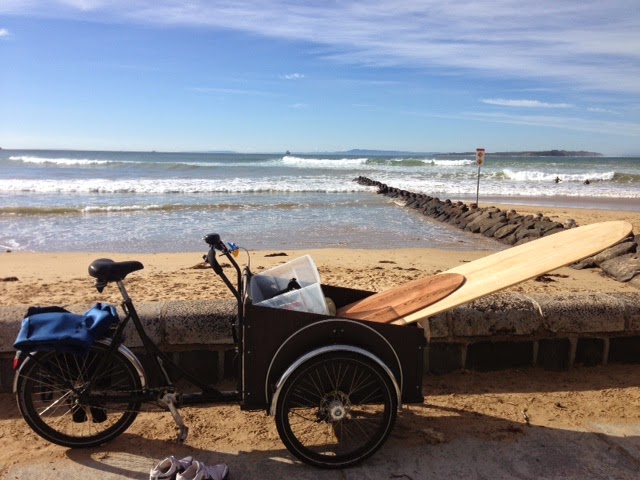 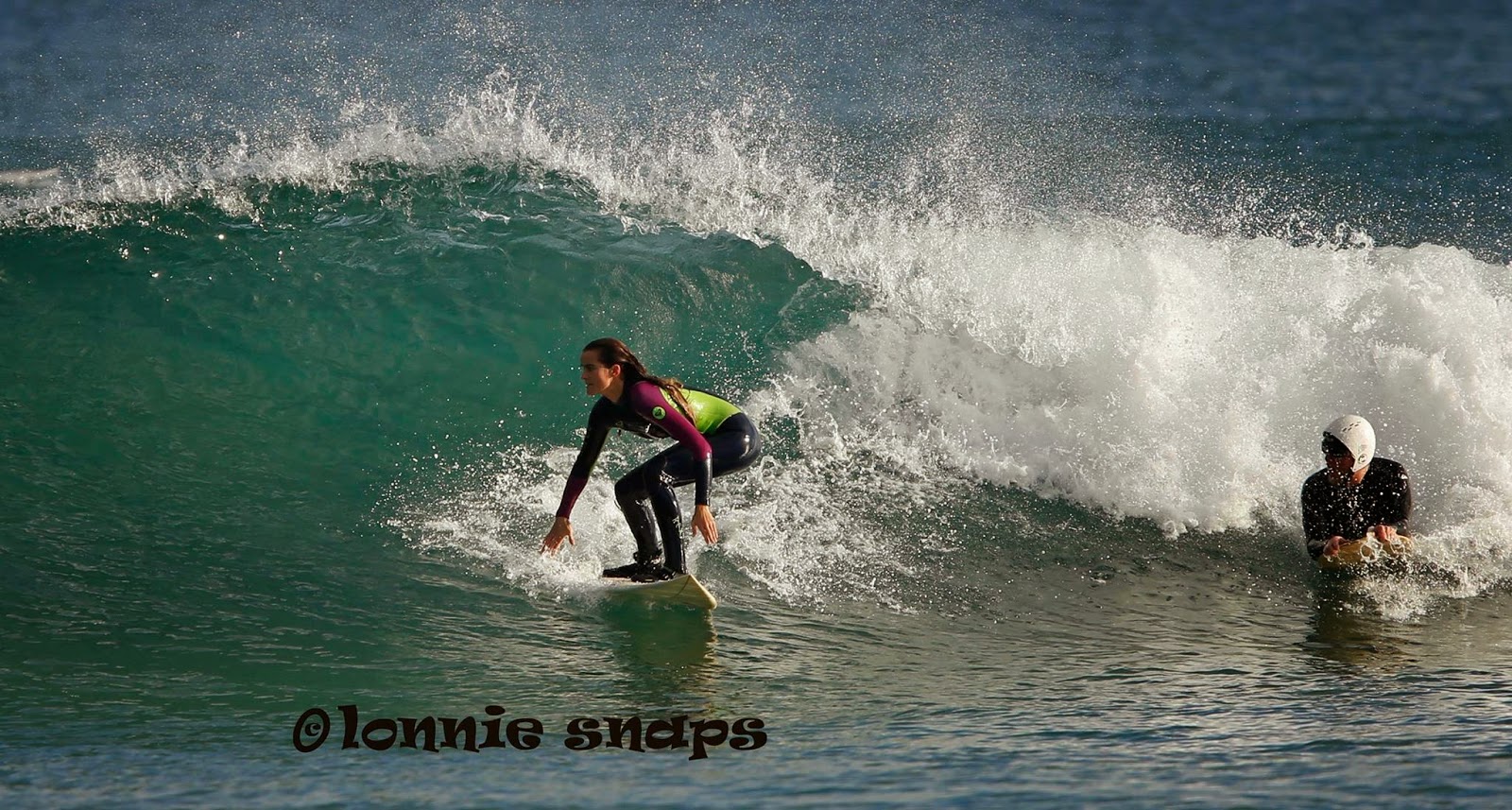 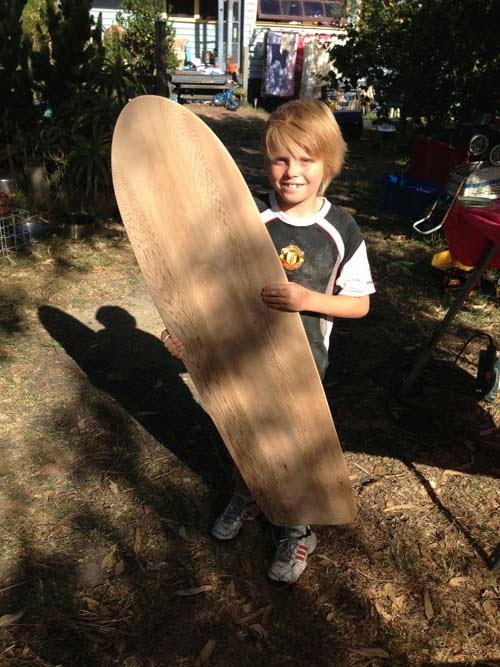 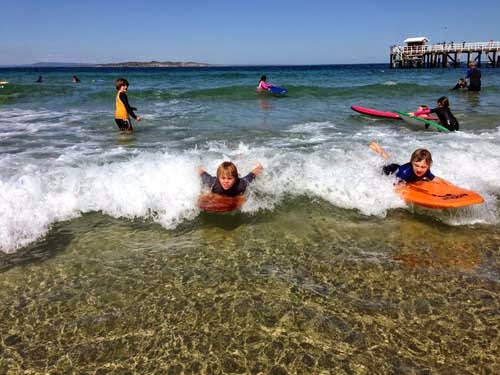 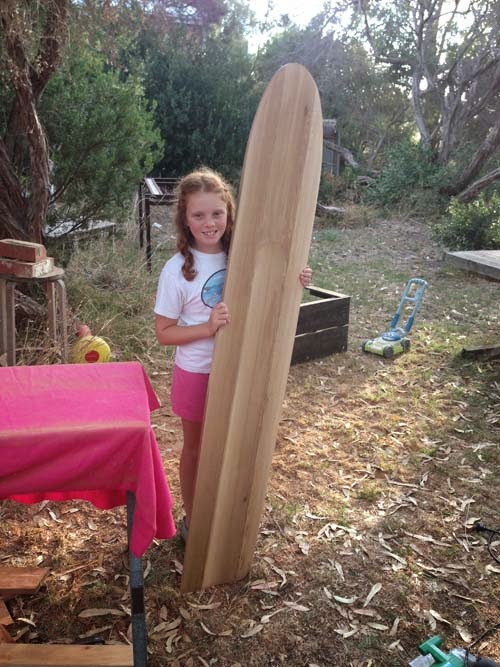 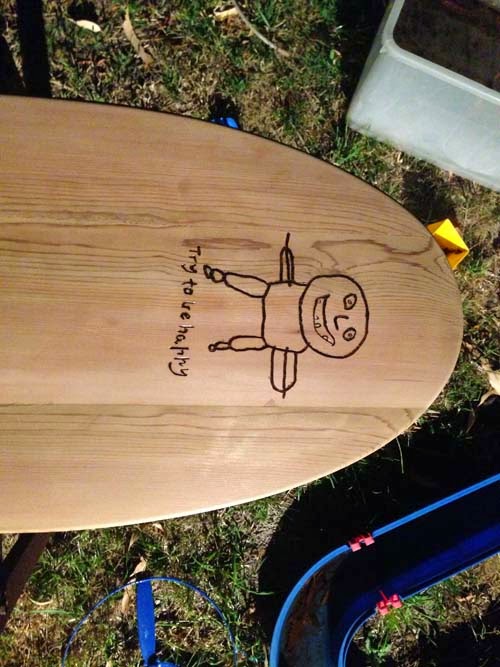 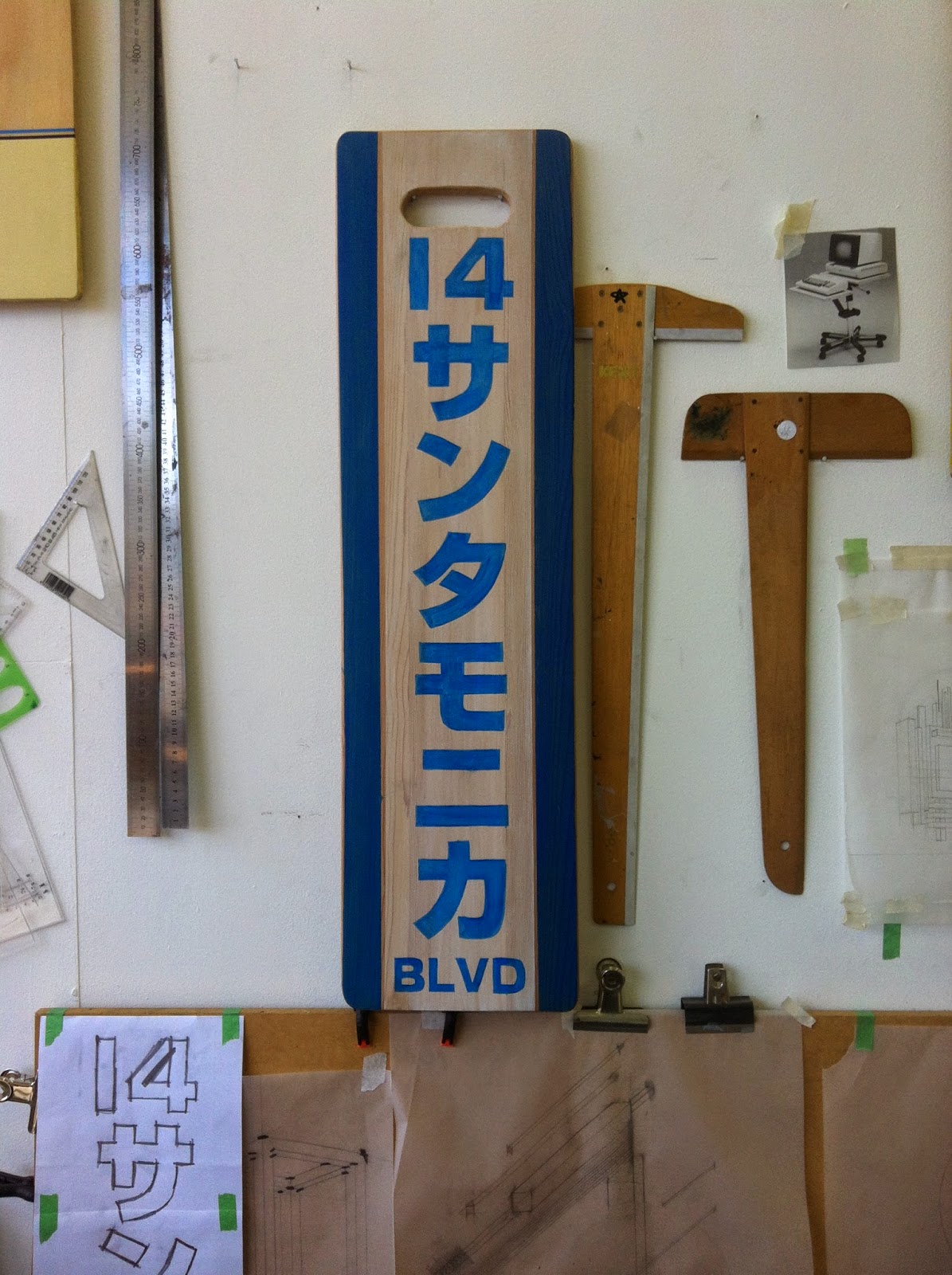