Namaste Splinter Merchants. Well it's a sad day when your favourite woody takes a hit for the team and has to sit it out on the bench for a while. Unfortunately, a few weeks ago, Mike thought it would be a great idea to test out his new Hotdogger in some dumpy shore break. Since he's been surfing his new woody he's had delusions that he's Michael Peterson and he's been pushing the board to it's limits. So far it's held up well but one thing led to another and he ended up pile driving his board into a sand bar. Just to give you some perspective of the forces involved, Mike is pushing 110kg which is about 250lbs in old school measurements. The result was a smashed nose block and some spilts in the deck, hull and rails. Anyway, we put the Hotdogger in for some surgery and managed to get it back on the paddock with a little help from Dr. Epoxy. Here's a few snaps for your viewing pleasure. 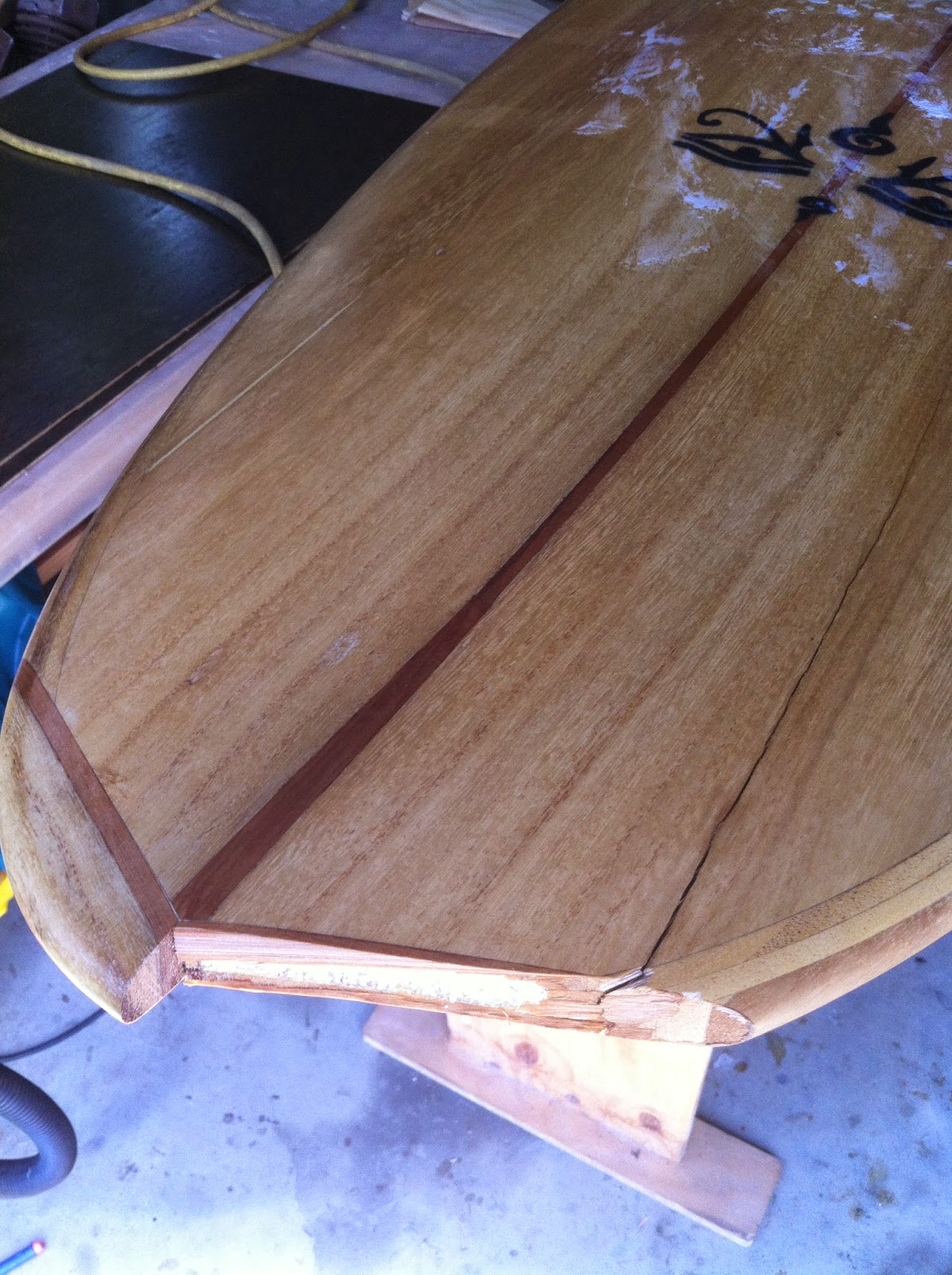 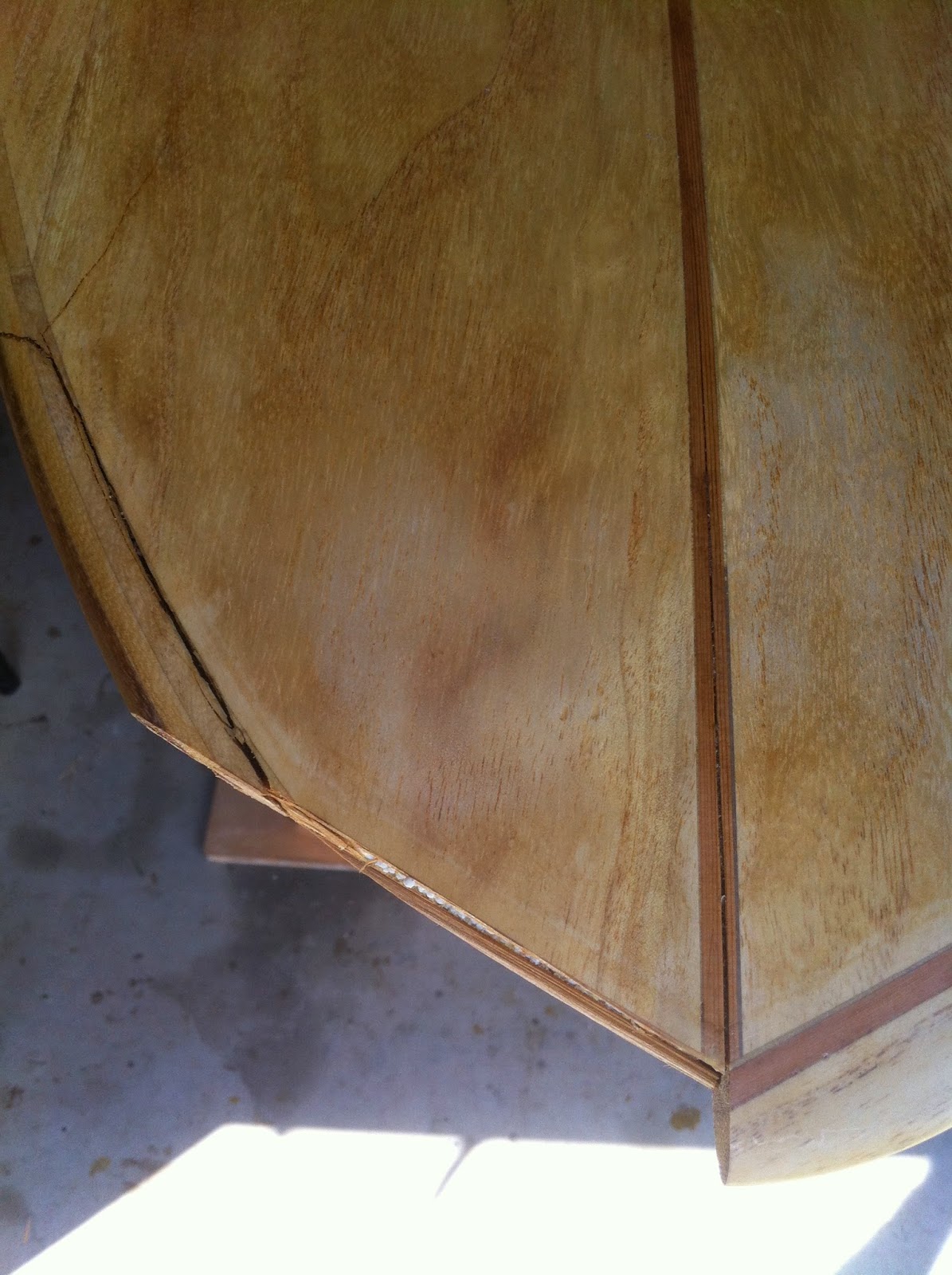 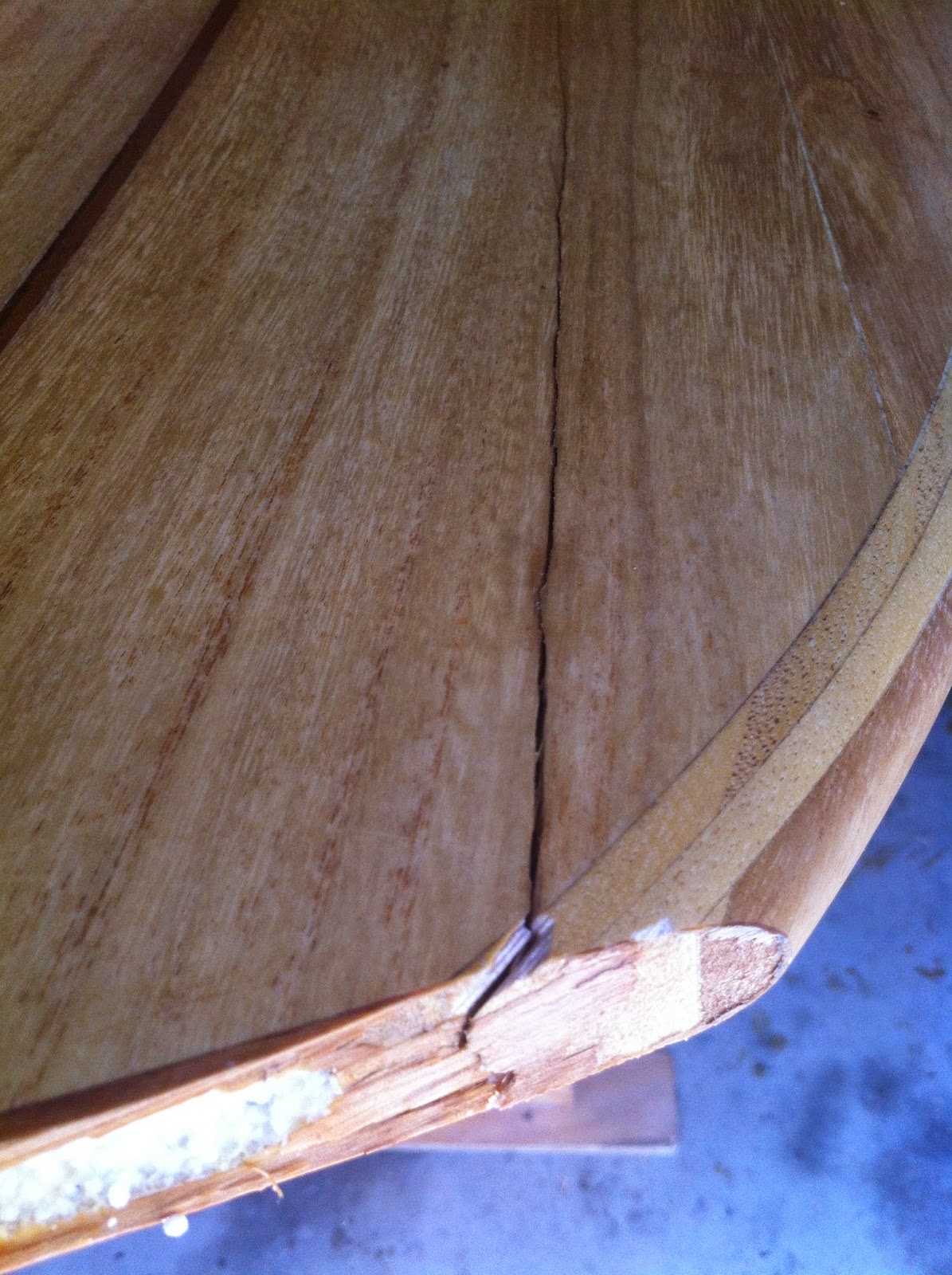 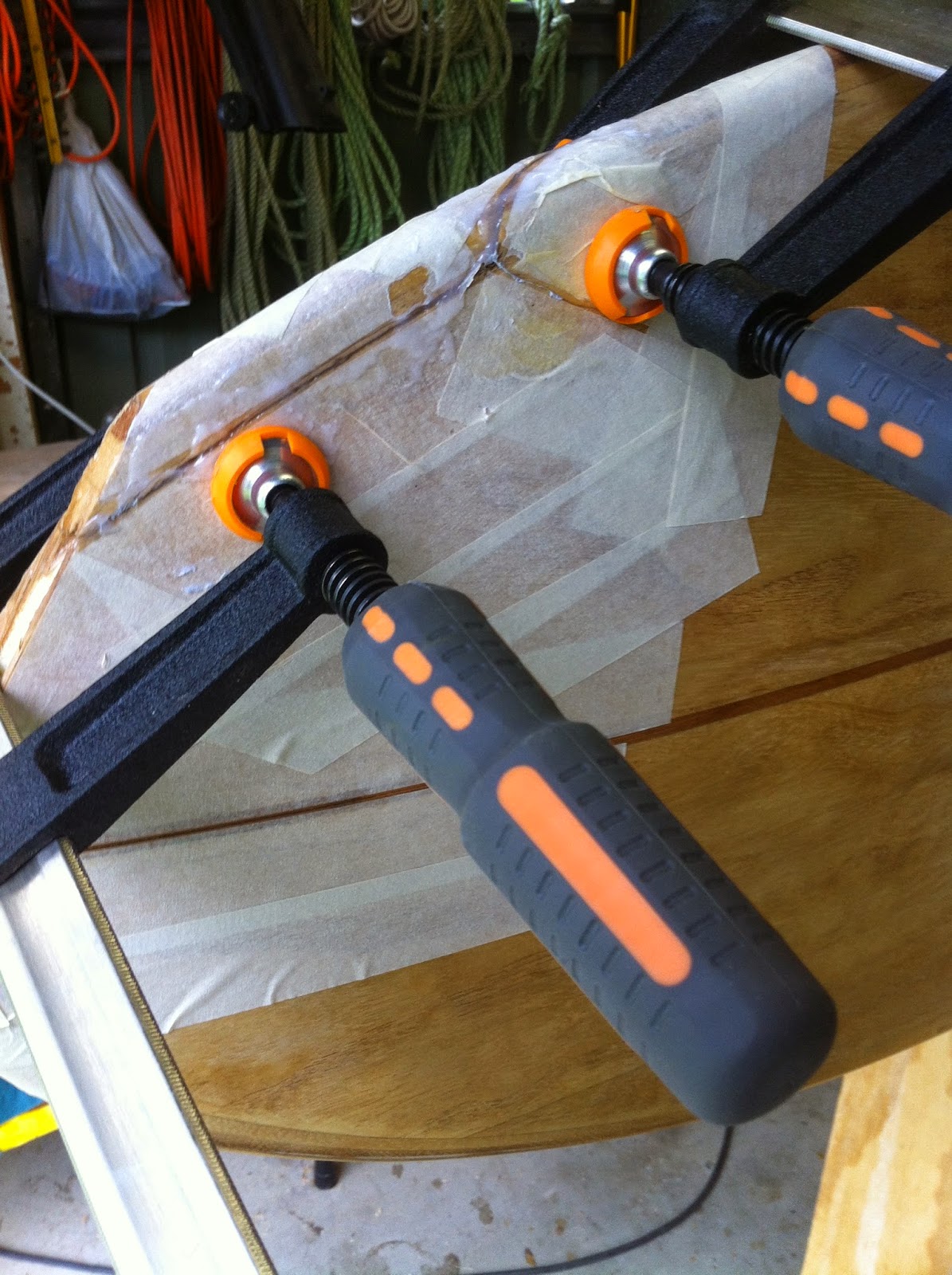 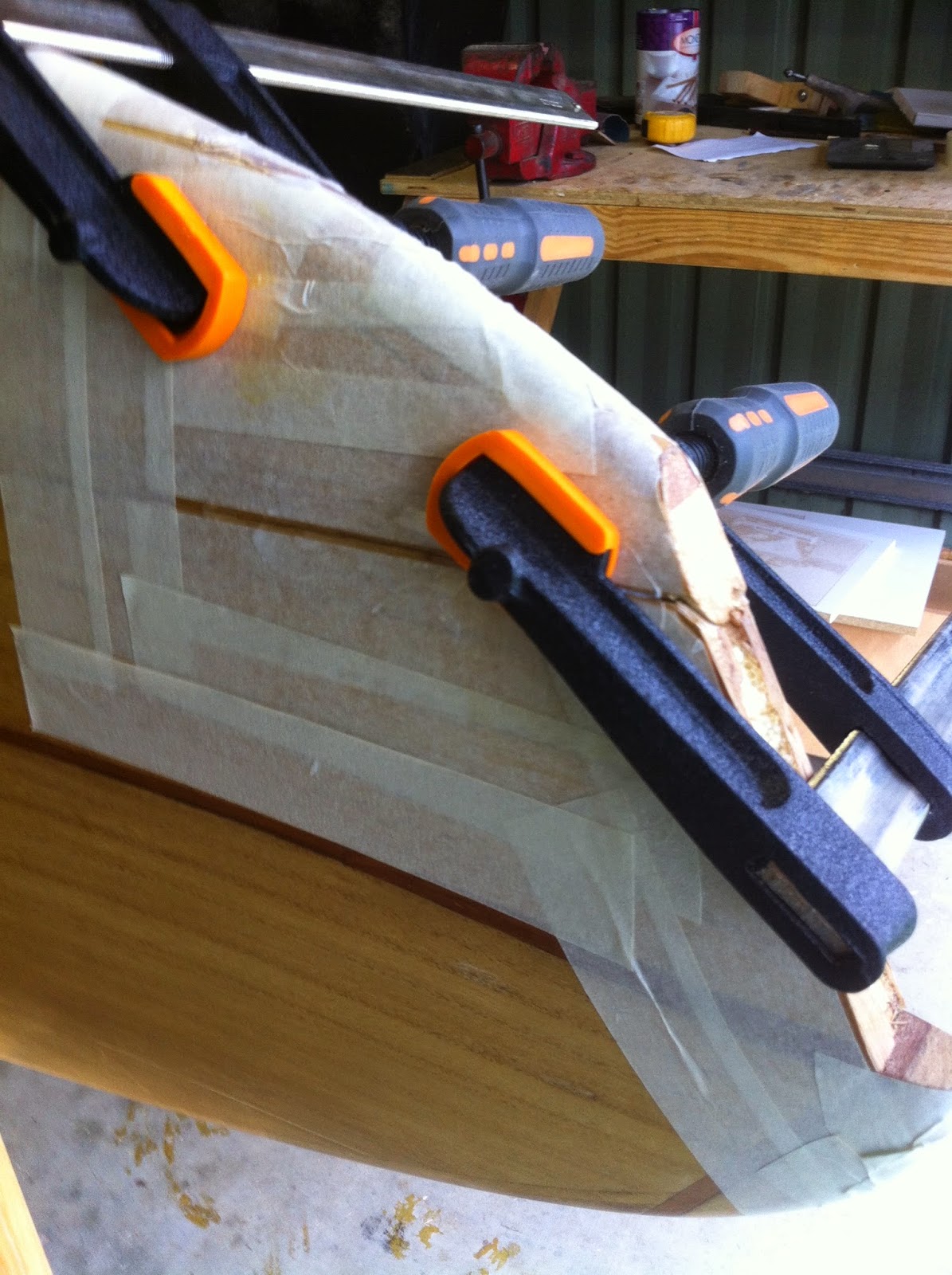 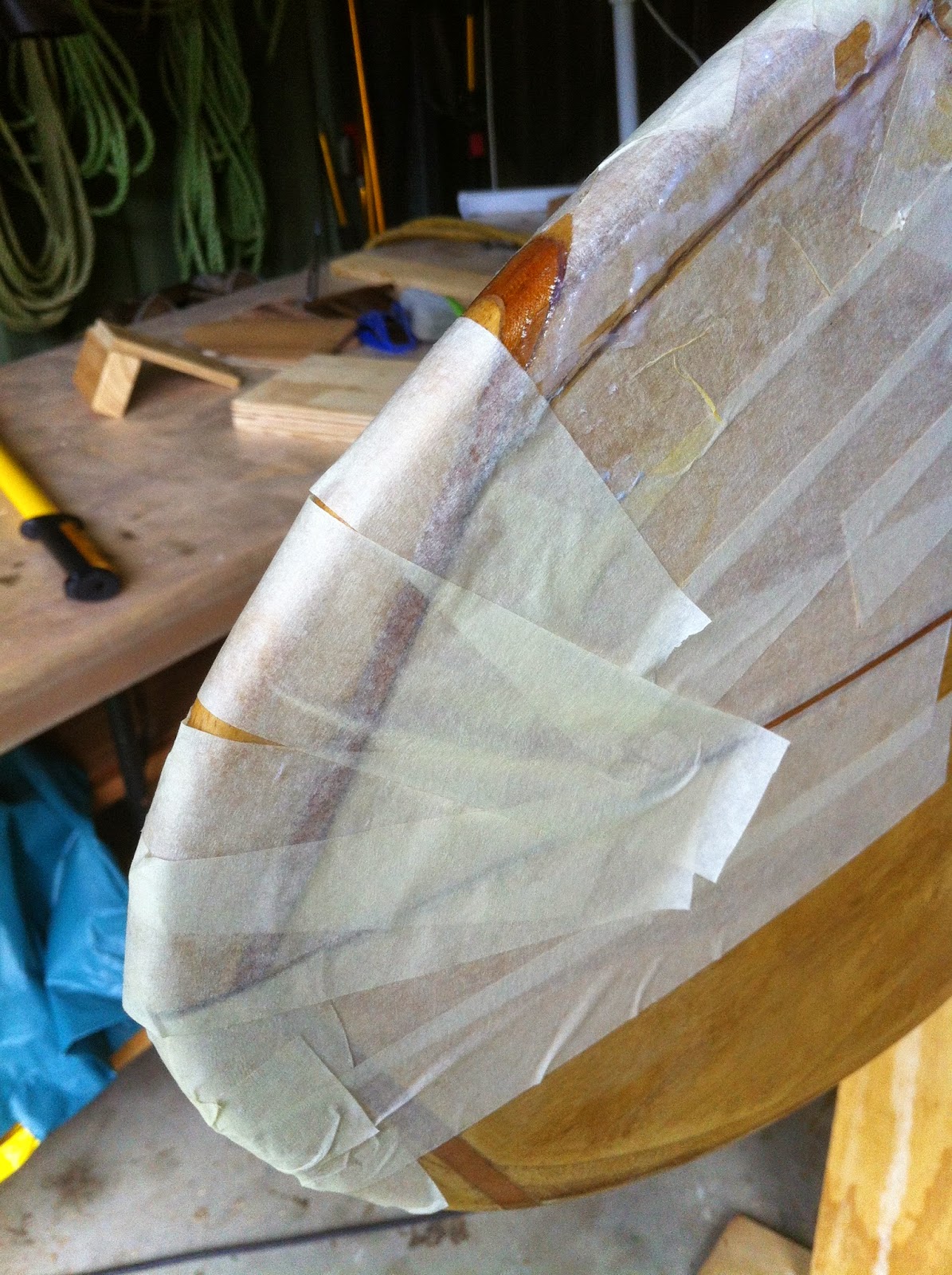 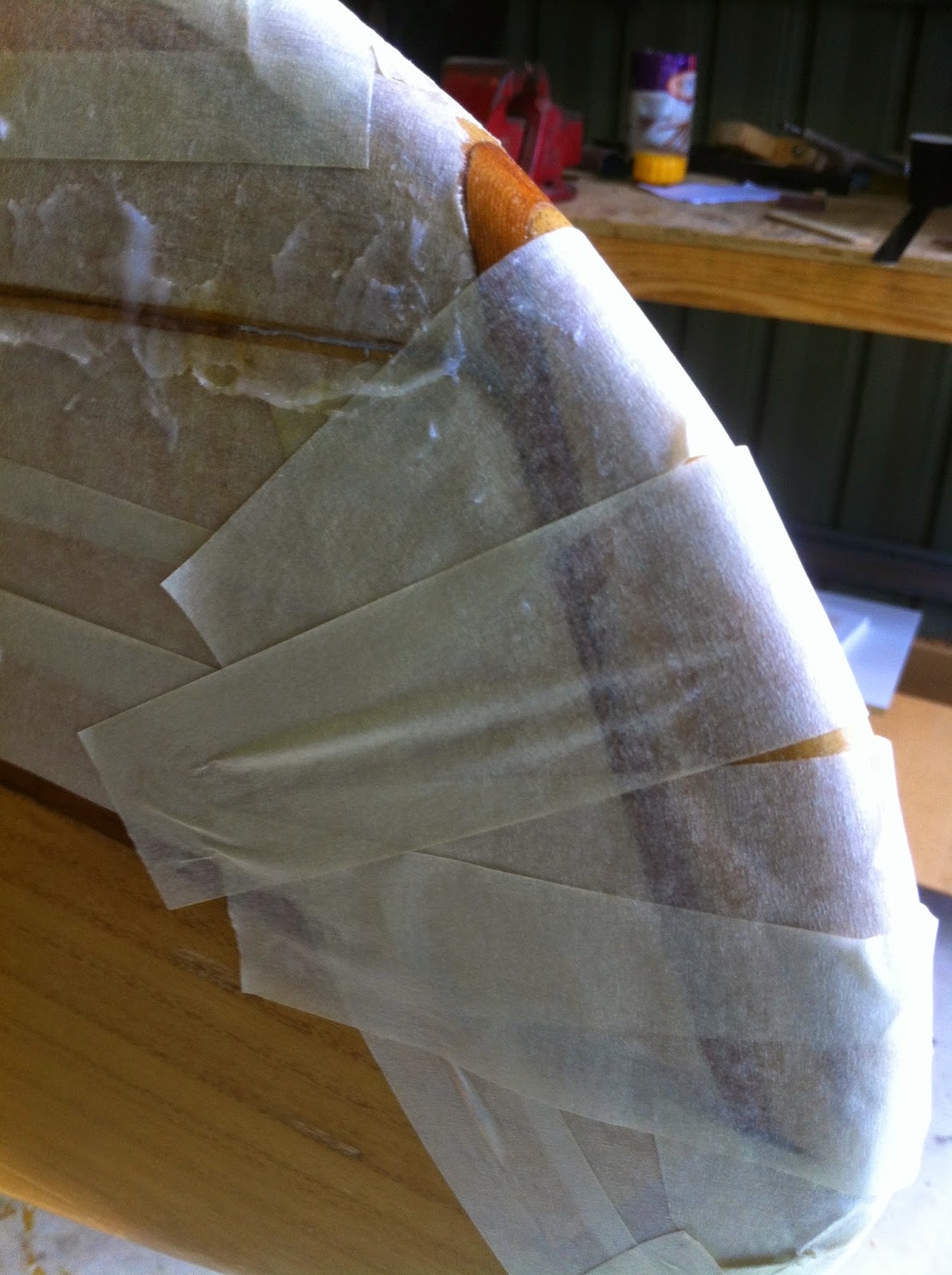 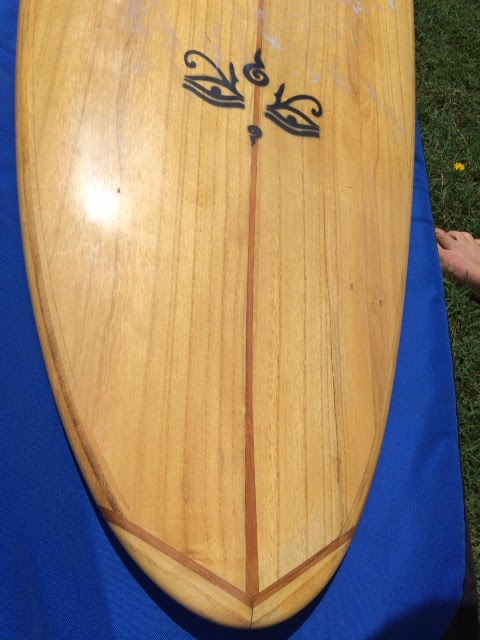 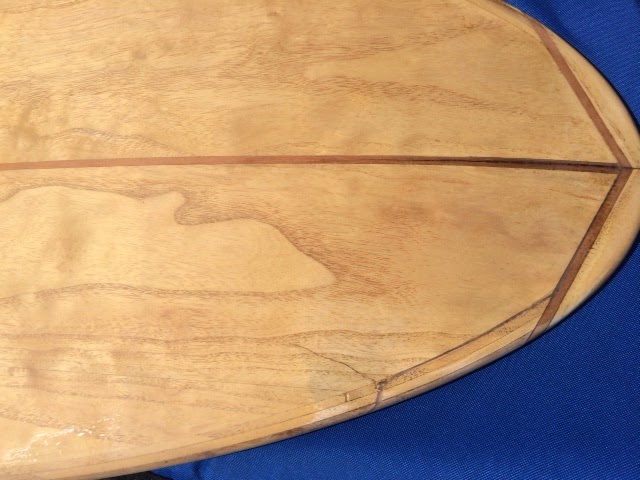 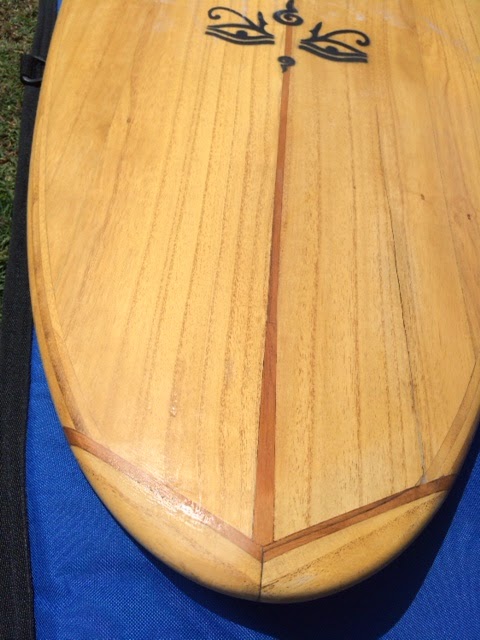